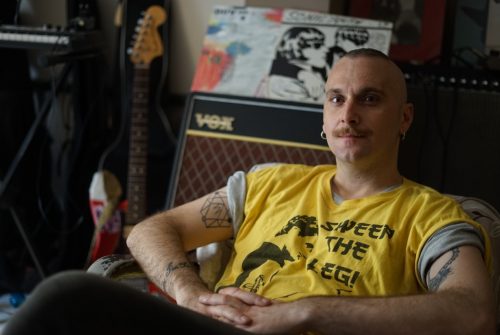 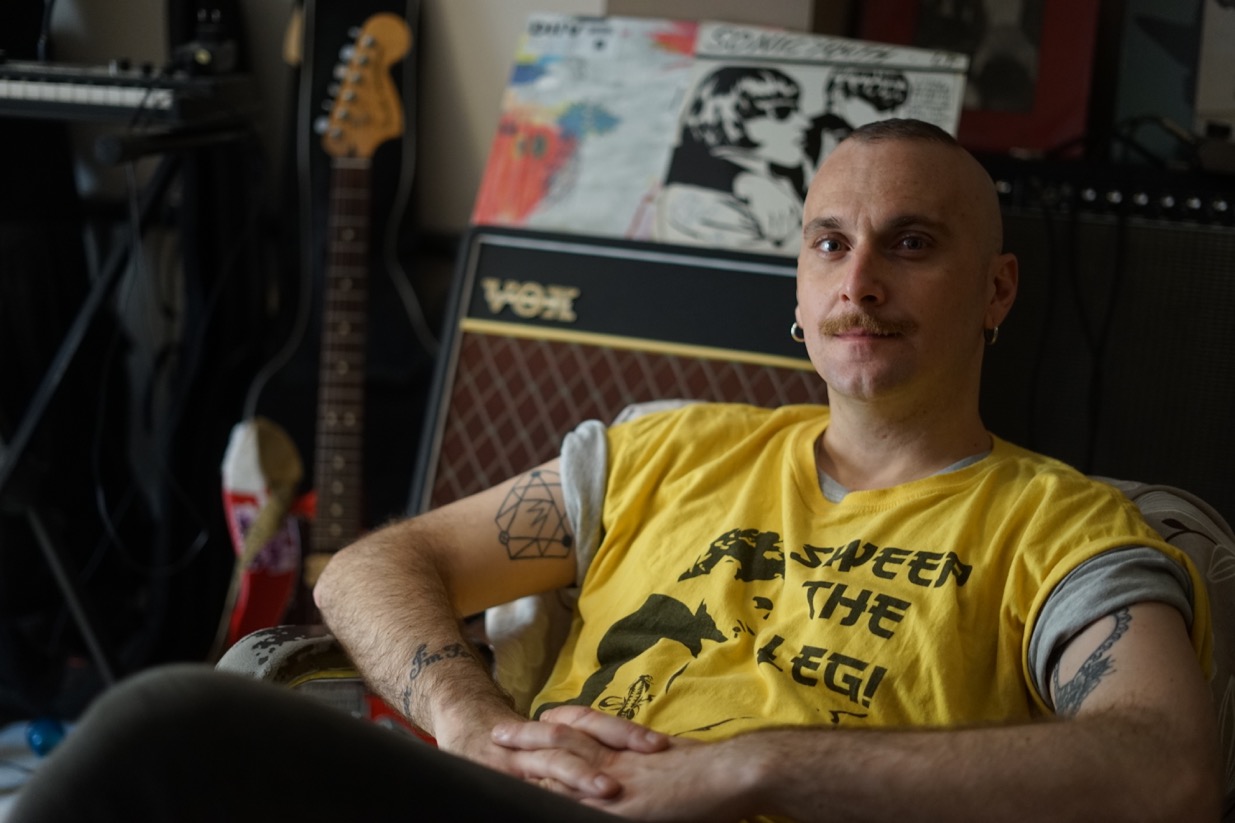 The project Vagina Lips began in July 2015 in Thessaloniki as a duo of Zimmy Lips (Jimmy Polioudis) on guitar, vocals and Lostinthe (Konstantinos Iosifidis) on drums, vocals.

They released a self-titled cassette (now collectible) at Random Tapes in the same year.

In March 2016 MO.MI records released Youth In Chaos, a 5 song digital mini. At the same time, Zimmy Lips had a solo appearance on a popular greek TV show and due to this (coupled with the eccentric band name) the music project of Vagina Lips became somewhat more widely known.

In May 2016 Konstantinos left and Vagina Lips became Zimmy’s solo project. In August 2016 he recorded (with the help of Konstantinos, who is the permanent producer of Vagina Lips) the digital album “Athanasia”, which was listed on many musical sites among the best albums in 2016.

In February 2018, Inner Ear released the album “Athanasia” for the first time in limited edition vinyl.

During the last two years Vagina Lips (aka Zimmy) has performed live in many venues and festivals, the most important of which are: PS2020, Plissken, Westside Festival and Saristra.

His latest album “Generation Y” was released in November 2018 via Inner Ear. His new album “Outsider Forever” is expected in the beginning of 2020. 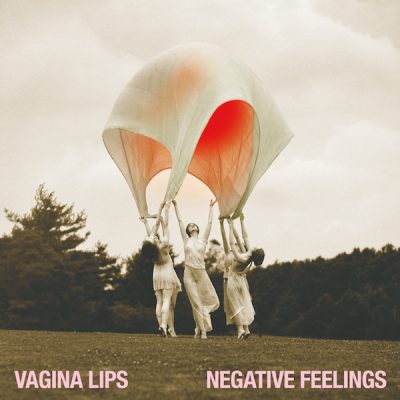 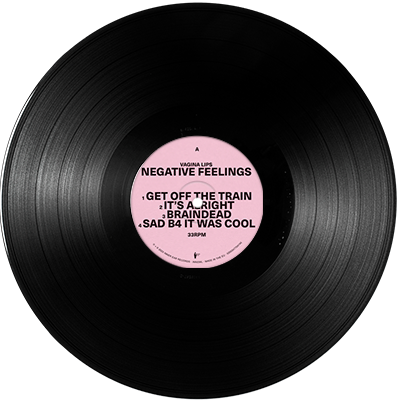 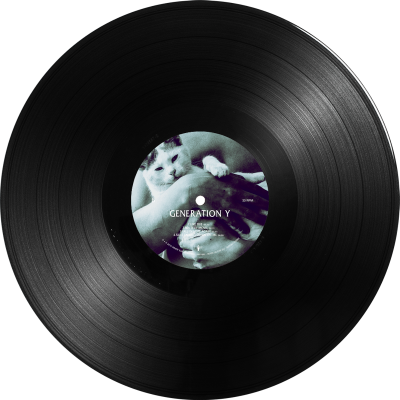 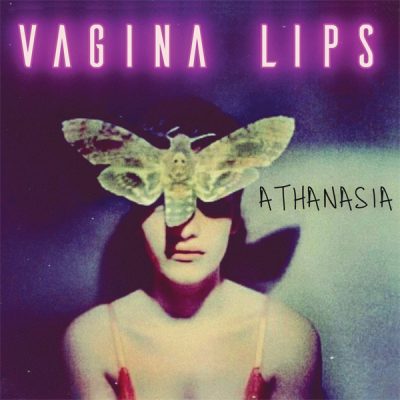