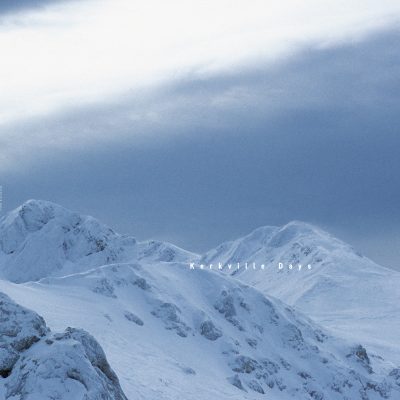 The debut album for Kerkville from Athens, “Days” comes out in mid-autumn not only as a personal vehicle of Michalis Moschoutis, the man behind it all, but probably as a means for everyone. In the 10 pieces of the program, guitars (classical, acoustic, electric, lap steel, pedal steel) play the game, all of them sharing the first role but truly, in a sensible manner. It is the musical background of Moschoutis apart from his inner world, of course, which enables him to render his thought into music. Somebody might confess an aura of Christian Fennesz’s processed guitar ambient in “Rise of YS”, a touch of Matt Elliott’s penitential chords in “Keeping It”, Michael Gira’s slow heart-breaking strumming in “Bowed” and even Godspeed You! Black Emperor’s hopeful feeling in the closing “Days” and the isolationist melancholia of Gustavo Santaolalla’s “Babel” OST in “Next To Me”. His close friend and collaborator Dimitris Dimitriadis, whose invaluable input pushes Moschoutis’ creativity output a step beyond into the world of sonic treatment, took care of the technical aspects of the album.