What would happen if you let yourself lose control, break out, without any repercussions? The moment that we release previously repressed emotions is the core of the music performance “Rage Park” of composer and sound artist Stavros Gasparatos. “Rage Park” draws on pent-up rage and the need to express this rage and liberate oneself. It explores the thin line separating calmness and rage, inviting the audience to a positively liberating experience.

One year after the performance/installation at the Athens and Epidaurus Festival, the music of “Rage Park” is released for the first time. The album consists of 7 instrumental tracks recorded live on Venue B in July 2018 and featuring the musicians: Anastasis Mysirlis (cello), Mihalis Vrettas (violin), Pericles Timplalexis (violin), Panos Tsigos (piano, electronics), Stavros Gasparatos (piano, percussion, electronics). The album artwork is based on the work Spiked-Wire Frieze of the Greek artist Nikos Sepetzoglou.

Stavros Gasparatos continues working on “Rage Park” with the collaboration of a great team of artists, preparing a performance/installation which will take place on The Contemporary Theatre of Athens on May 23rd and 24th.

“Rage Park” is out on limited edition numbered vinyl, cd and digital album on May 20th via Inner Ear. 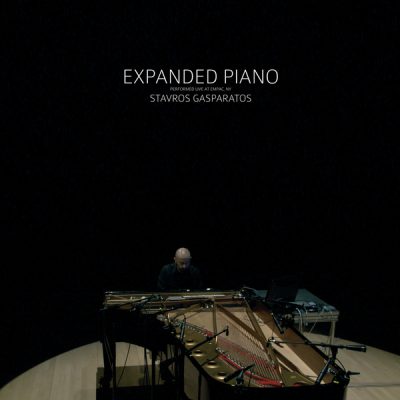