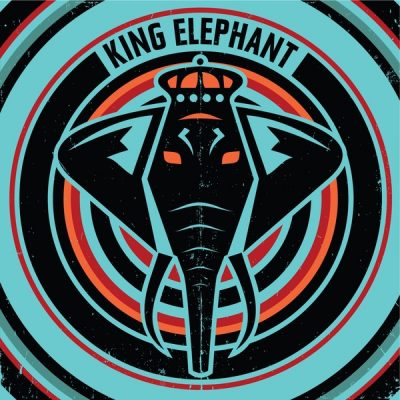 Inner Ear invites you to an exotic musical journey through the exciting jungle of King Elephant. One of the three members of Baby Guru, who introduced himself to us in their recent gigs as the quiet force behind the drums, now comes with his first solo album, to confirm that creation and in his case, music is the best form of self-psychoanalysis.

At a time of his life when everything went wrong, King Elephant found refuge in his basement studio and like a true nocturnal devoted all his late night energy into a game with sounds and instruments (piano, saxophone, percussion), recording himself and creating infinite samples. Obi Serotone (Baby Guru) assisted on vocals and then began the adventure of editing. Cutting and sewing countless samples, King Elephant began to build tracks, always with percussion as the dominant element. The result is a colorful journey to sound, like a kaleidoscope of changing forms, which stimulates the senses and excites the imagination. Primal sounds and African drums, jazzy moods, meditation samples, melancholic melodies and psychedelic vocals co-exist in the kingdom of “King Elephant”.

The album “King Elephant” is released from Inner Ear in limited edition vinyl including cd.