Two years after the release of their self-titled debut that created a great sensation, The Noise Figures duo is back dynamically with “Aphelion”.

After two European tours, hundreds of concerts in all major Greek cities and having shared the stage with some of the most important bands (Black Rebel Motorcycle Club, Growlers, Japandroids, No Age, Dead Meadow, Sonic Jesus, Sylvain Sylvain), George Nikas (drums, vocals) and Stamos Bamparis (guitar, vocals) elevate the musical tones and offer us some of the best songs of the year. Recorded in five days, on a reel-to-reel tape machine, with vintage gear and tuned to A=432 Hz, produced and sound engineered by Alex Bolbasis in Artracks Studios, ”Aphelion” answers the question of what happens when you combine ideally the raw power of Death From Above 1979, the spirit of Black Sabbath and the fuzz of Black Angels. Spunky vocals, massive guitar riffs and sticky tunes in harmony with a special engraving, created by Bob Studio for the cover artwork, are making ”Aphelion” an album that is here to stay.

“Aphelion” is out on red vinyl, cd and digital album from Inner Ear.

"Sometimes we could all use a little bit of rock n roll in our lives to awaken the demon within."

"Alongside fellow Greek rockers Acid Baby Jesus and Bazooka, The Noise Figures are crafting a beginnings of an elite international rock legacy of their own." 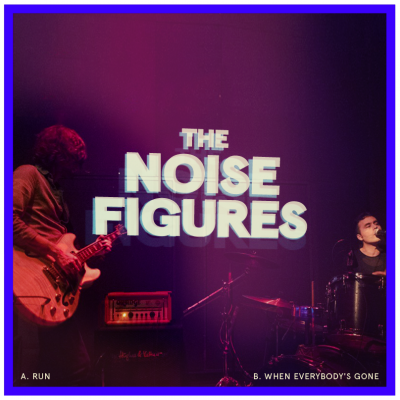