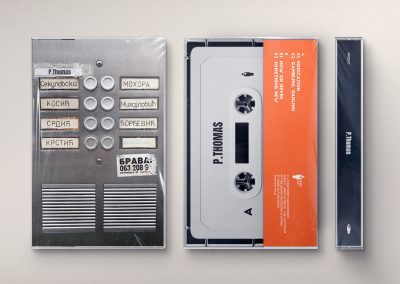 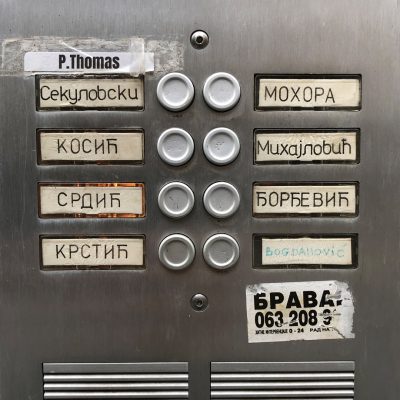 P.Thomas is a fictional character and is the alter ego and stage persona of Vagelis Makris, member of A Victim of Society.

P.Thomas was a musician performing mostly at night clubs and bars in an irrelevant location at an irrelevant time. One stormy night, as the city was besieged by cacophonous rain and thunder, P.Thomas vanished, never to be seen again, until now.

The circumstances of his disappearance are not fully understood. All we know is that during the break of his usual show at an irrelevant night club, he opened the heavy metallic door leading to the backstage area and sat on the burgundy velvet sofa.
As the door closed behind him the room was drenched in unnatural silence. He didn’t think too much of it, and lit a cigarette to accompany him with his thoughts.

Once the cigarette burned all the way through to his finger tips, he knew it was time to return to the stage. He got up, tucked in his shirt and reached for the rusty doorknob. To his surprise, he entered a different stage than before. He expected people to be waiting for him to perform, instead, they were now dancing to loud music reverberating throughout the whole room. He now found himself thinking “Shit, how long was I gone for?”.

P.Thomas’ work is an expression of how he perceives the differences in how people lived their lives then and now. When everything in between is lost and only the distant endpoints remain, one has to wonder about the journey. He is a combination of Tom Waits and Martin Rev but with PJ Harveys’ charm.

The four track debut EP, is P.Thomas’ reflection on music, love, addiction and society as they are today, and how they’ve evolved in space and time.

Out on cassette and digital in October 2021 via Inner Ear.