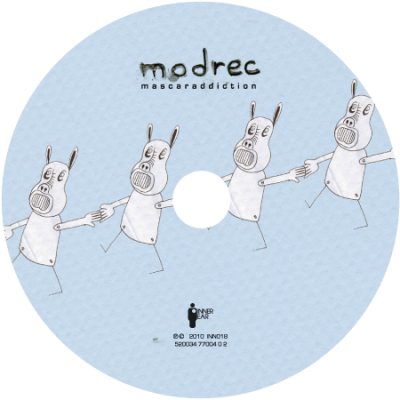 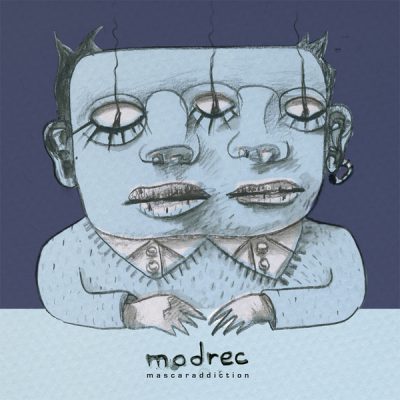 Two years after the debut that enthusiased both audience and critics, Modrec has signed with Inner Ear Records and they are back with their brand new album, “Mascaraddiction”. The integral compositions and the mature English lyrics of “Mascaraddiction” reveal that, ten years after its formation, the band keeps working hard and developing.

“Mascaraddiction” is an Athens kid. It breathes into the days and nights of the big city, following the crazy rhythms of its everyday life, gets inspired and records its urban landscapes, watches and comments with an almost visible, fierce and penetrating aura and vocals masterly acrobating on a spine of powerful punk-rock guitars that very often flirt with metal.

Watching a Modrec gig makes one feel the intense electricity in the room, together with this thrill usually provoked in the audience by a band that is original and very well put together. This atmosphere is fully captured in “Mascaraddiction”, which manages to captivate the pure dashing energy and the freshness of their live appearances, as it was fully live recorded in the studio, in less than 48 hours. The mastering took place in New York by Alan Douches, while the Wet Pet team has designed the artwork of the cd, adding its own finishing touch with a rather unconventional illustration. Modrec has composed, arranged and played all 10 tracks of the album, with the collaboration of Ottomo in sound-engineering and mixing and they have shared the production with him, proving thus, for one more time, that a DIY album lacks nothing compared to a high-budget record production.