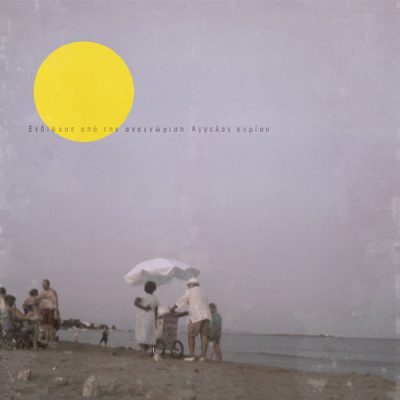 The album “Xedipsase Ap’ Tin Anagnorisi” consists of a selection of recordings by Angelos, originally presented in his personal blog (angeloskyriou.blogspot.com). He began recording on his own in the mid nineties while from the beginning of the same decade he participates in MrCantfind. The recordings in their entirety, caprute each moment with an application-combination of sounds, words and phrases, which, according to him, doesn’t lead to concepts such as music or song, but remains at the level of personal enjoyment of the recording by listening, without chatter, instructions and standards.
Available in limited edition vinyl (107 copies) from the label of Exostis.