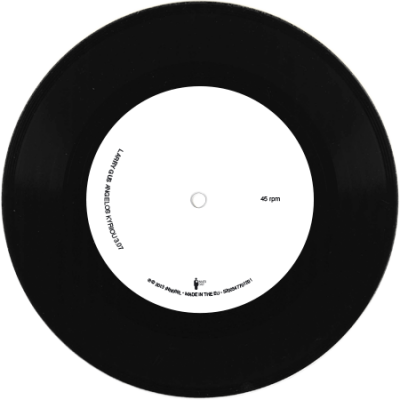 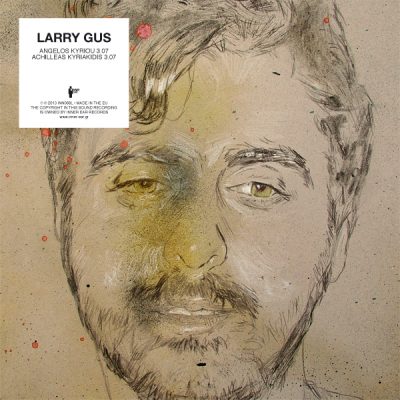 Panagiotis Melidis aka Larry Gus is a special case of a musician, composer and producer who is distinguished both for his personal work and for his remixes of other artists’ music. His music has already crossed the Greek border with releases on Lefse Records and DFA. A 7inch, including two previously unreleased tracks entitled “Angelos Kyriou” and “Achilleas Kyriakidis”, is released at the beginning of 2013.

Both tracks were composed in the autumn of 2010 and took their final form in the studio in the spring of 2011. These tracks are dedicated to two people he admires and who have inspired both his work and his life in general. He came across Achilleas Kyriakidis for the first time when he read his translations of important, for his development, works of Georges Perec, Raymond Queneau and Jorge Luis Borges and later on he discovered and loved the books of Kyriakidis himself. The instrumental track “Achilleas Kyriakidis” retrieves memories from 1965, and Larry Gus has linked it in his mind, in a strange way, with Tom Ford’s film “A Single Man”. He listened to Angelos Kyriou for the first time in a gig 4-5 years ago and until today he believes he is the most extraordinary musician he has ever met and the most important Greek musician of his generation. As he says “he kind of vertically intersects all my references and I would give everything to be as spontaneous and true as he is. In this song I tried to copy him as much as I could”